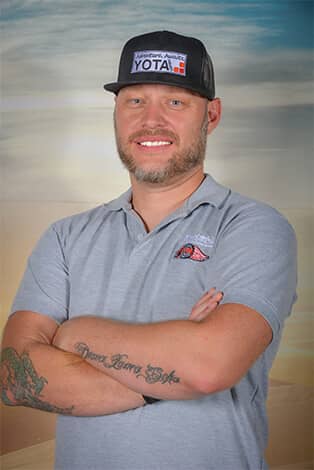 World Traveler, Intercontinental Rally finisher and Colombia Motorcycle tour pioneer, Mike Thomsen, was born in Denmark in 1975. He moved permanently to Colombia in 2008 to marry the love of his life Diana Carolina Puerto and together the couple build Colombia’s first and longest running motorcycle tour and rental business called MOTOLOMBIA. The couple have 3 daughters and live in Cali.

In a period of over 10 years the company grew from nothing and ended up with a fleet of 45+ adventure ready motorcycles and a tour program of 35+ tours a year in South America. Mike guided over 500.000 km of tours in Colombia alone since the start. But the 2020 Covid pandemic put a full stop to operations in Colombia and Mike and Diana had to reinvent the business and are now focused on doing motorcycle adventure tours globally as MOTODREAMER. 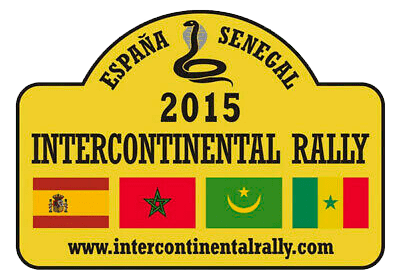 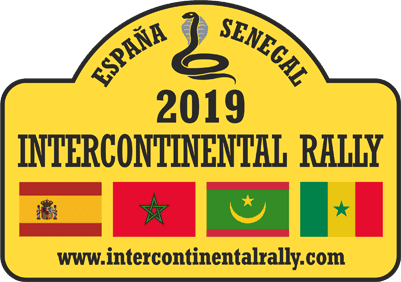 This is the story about Mike Thomsen and a 30 year old dream of racing a motorcycle to Dakar through the Sahara Desert and the bug of bikes!

In 2015 Mike finally realized the dream and finished in 11th overall position in the Intercontinental Rally from Almeria in Spain to Dakar in Senegal.

In his second attempt in 2019 Mike was forced to call for assistance on stage 8 in Mauritania’s endless sand dunes with a burned out clutch.

After spending 12 hours in the desert getting back to the bivouac on the back of the organization sweeper truck, Mike managed to repair the bike during the night and finish the race to Dakar a second time, though this time outside of official ranking. 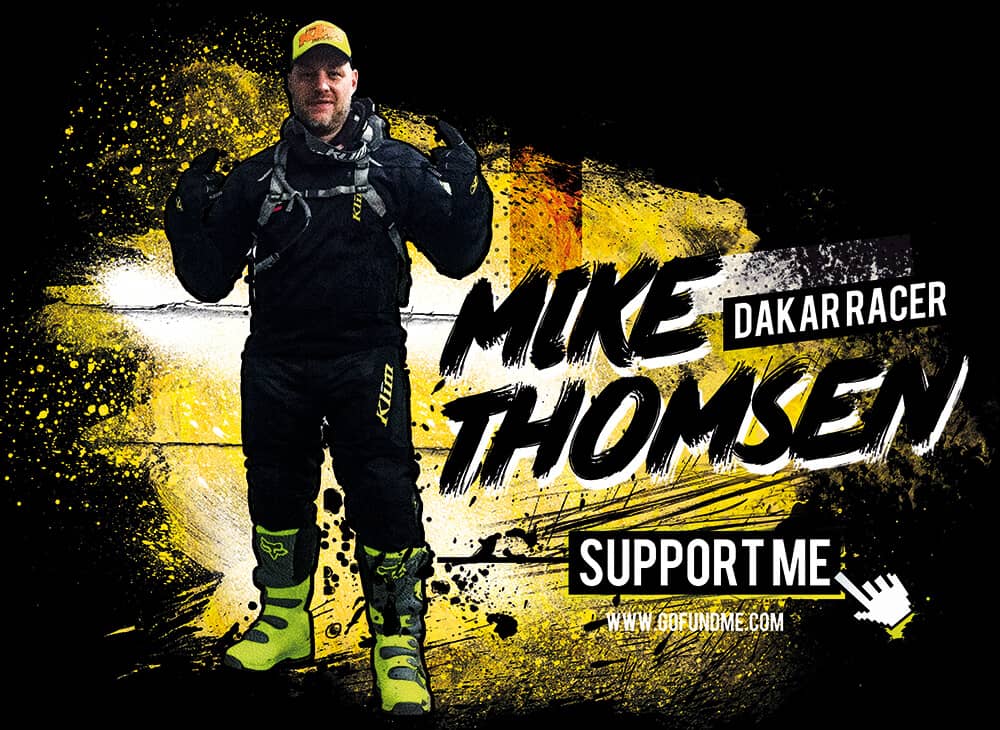 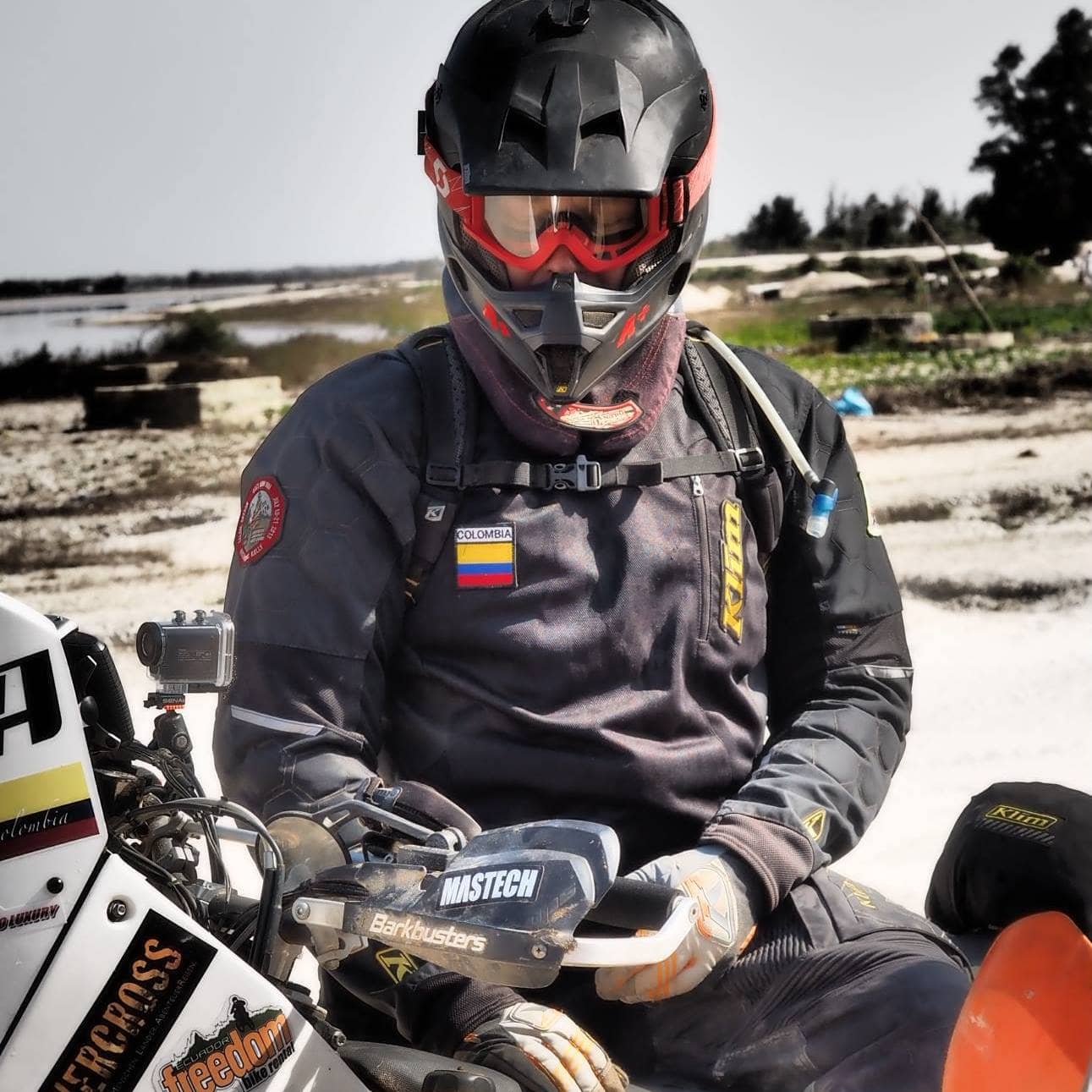 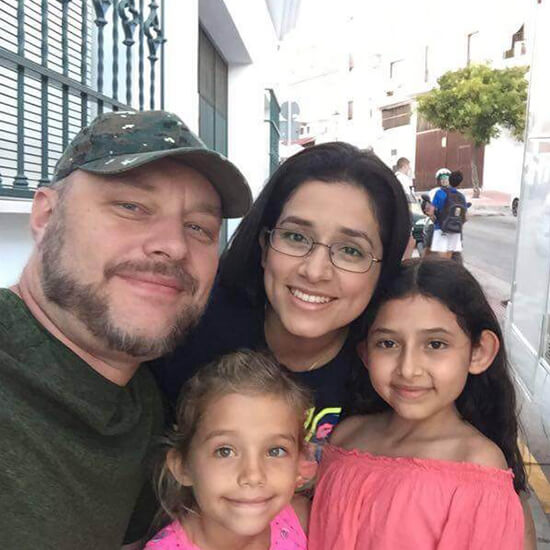 From a very young age Mikkel Foged Thomsen showed an interest for two wheels. In fact the first words that came out of the little 3 year olds mouth was “Ole Olsen”. Ole Olsen is the name of the Danish world champion in Motorcycle Speedway in 1971, 1975 and 1978. Obviously, hours glued to the black and white TV-screen listening to Danish TV commentators scream with joy made its mark on little Mike.

A couple years later he was bitten by the travel bug for the first time at age 6. The family Thomsen – Mom, Dad, little sister Kartine and Mikkel left on a one and a half year long overland trip in a special build 4×4 Land Rover traveling through Europe, Africa, Asia and the Middle-East.

Home again nothing was ever the same. The need to see more, go further and go faster was hard to ignore. Finally at age 12 the family Thomsen once again took a year off to go explore the world. This time a trip through Africa with the Sahara desert and the Congo jungle being the major highlight was completed. 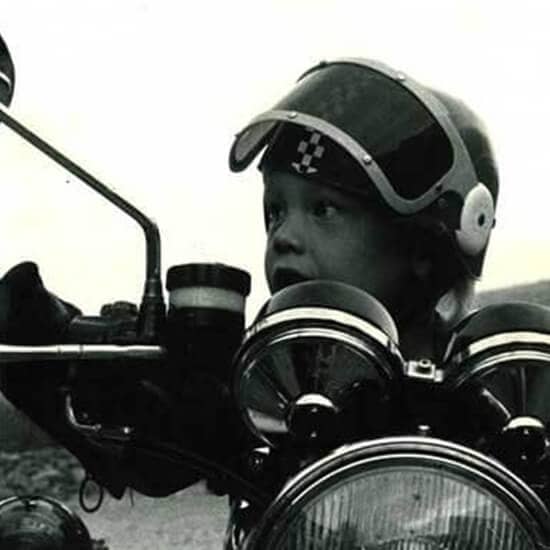 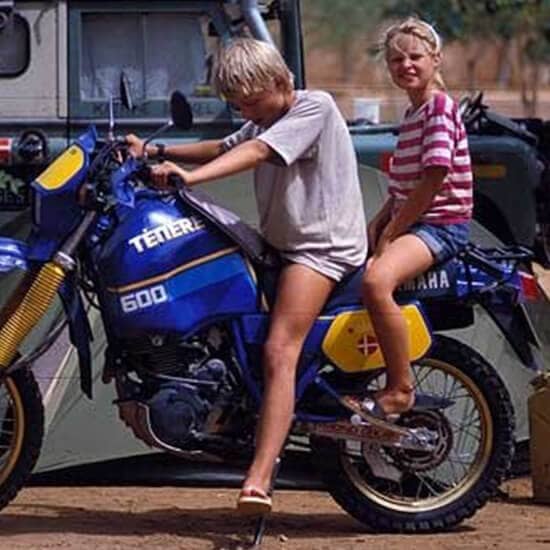 Along the way through Algeria and Niger was scattered car and motorcycle wrecks from the early Dakar Rally competition. And as luck would have it the family joined forces with different overland motorcyclists along the way traversing the Sahara desert. This gave Mike a firsthand look at the tough conditions for riding motorcycles in the Sahara. A burning wish to come back and ride himself stuck in Mike’s memory for the following 30 years.

Finally age 18, the legal age for getting a motorcycle license in Denmark, Mike was ready for his first motorcycle. After playing around with mopeds during the teenage years it better be a big one. The choice fell on a BMW f650 which at the time seemed ideal for the first motorcycle overland tour that Mike was planning – a trip through Europe, Israel, Sinai and the Sahara desert in Egypt. 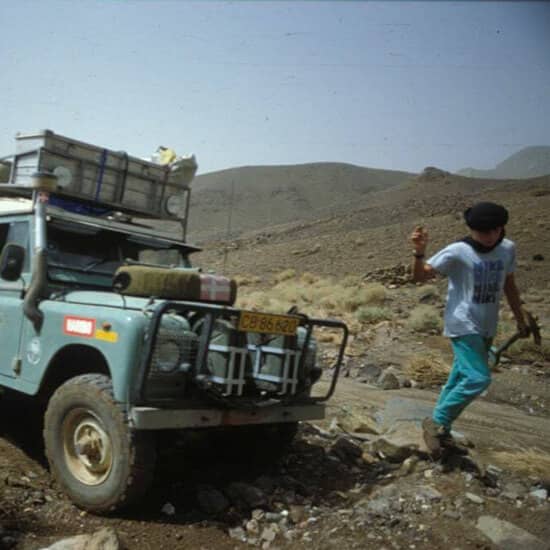 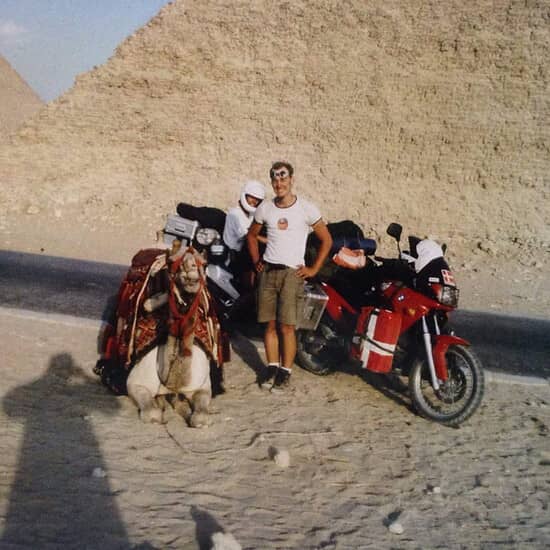 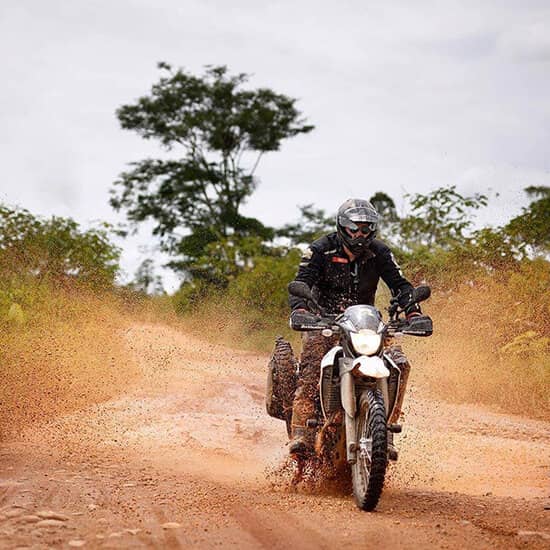 In the following 20 years, Mike did a ton of trips around the world. Riding all types of bikes all over Europe, Asia, Australia, South-, Central- and North America. In total 100 countries. Bikes ridden include Ducati, BMW, Honda, Kawasaki, Yamaha, Suzuki, Triumph, Royal Enfield, KTM, Harley and Aprilia. 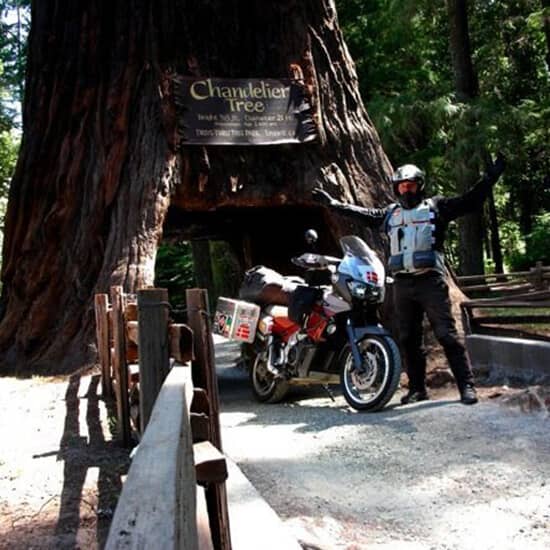 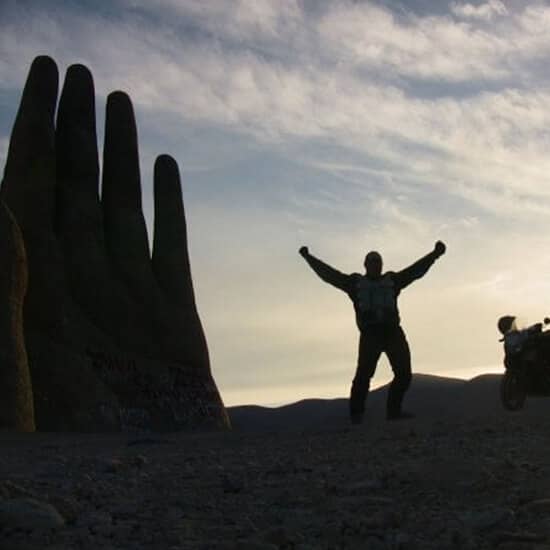 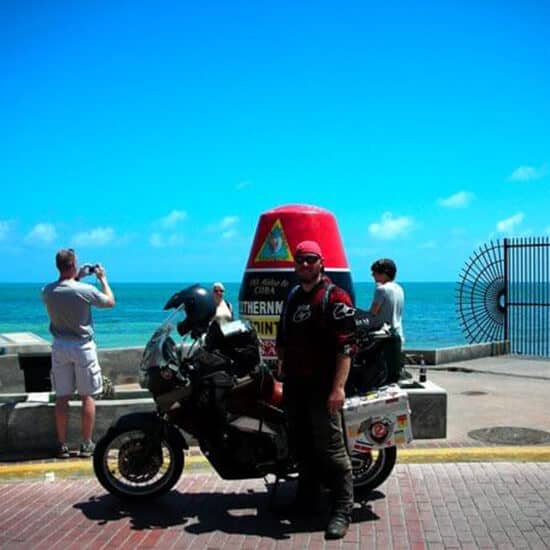 Colombia became the destination that captured best the dreams of adventure, opportunity and creating a family business. With an incredible varied and super scenic topography Colombia must be the number 1 contender for best all-round motorcycle destination in the world. Mike fell in love, not only with Diana, but also the never ending opportunities for motorcycle exploration, both on- and off-road. From thousands and thousands of knee scraping paved curves to endless miles of enduro single trails, Mike has ridden them all these past 13 years. As the very first to bring foreigners to Colombia on motorcycle trips pioneering the business and breaking trails all over the region, Mike is considered an absolute expert on riding motorcycles in Colombia. 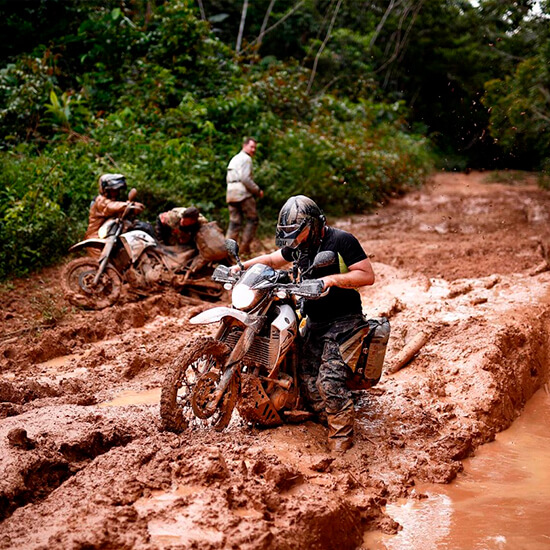 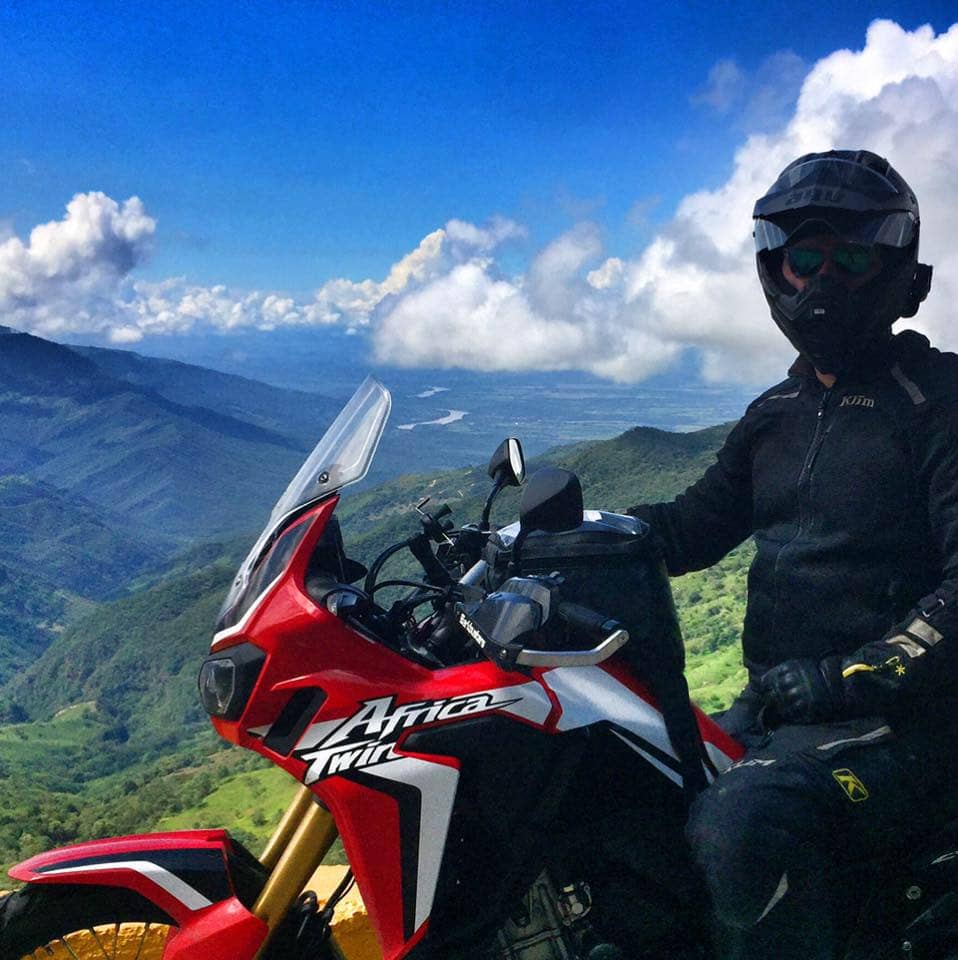 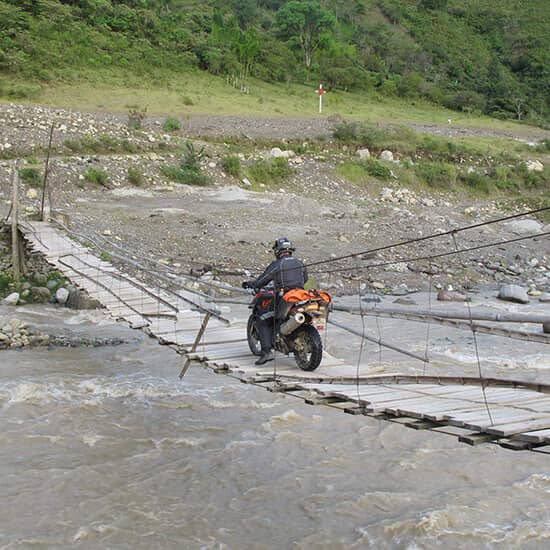 After years of riding motorcycles for a living Mike finally got the chance to fulfil his 30 year old dream when he participated in the Intercontinental Rally through the Sahara desert from Spain to Dakar in 2015. The many years of experience tackling all types of terrain around the world came in handy and ever so important in an endurance race lasting over two weeks was Mike’s navigation skills, detailed knowhow of bike maintenance, personal endurance on the bike and the ability to find solutions in difficult conditions. As better and faster riders fell out of the race Mike kept riding consistently on a special built KTM 690 Enduro and finish in 11th position. Being the first ever competition, the achievement was hard earned, but a great accomplishment. 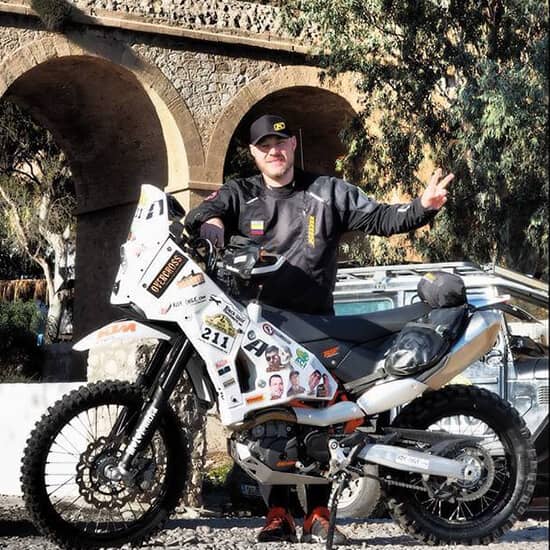 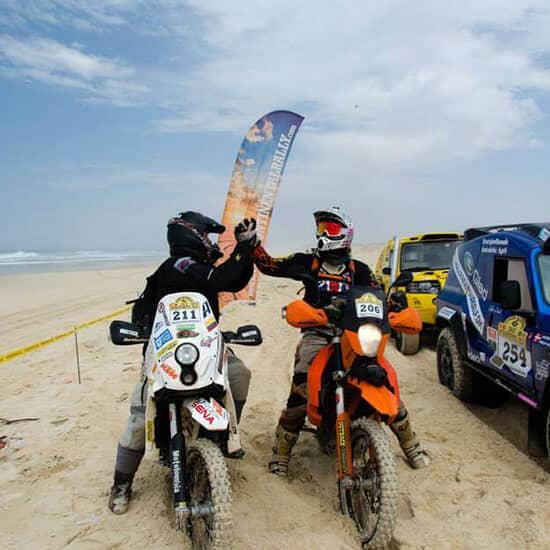 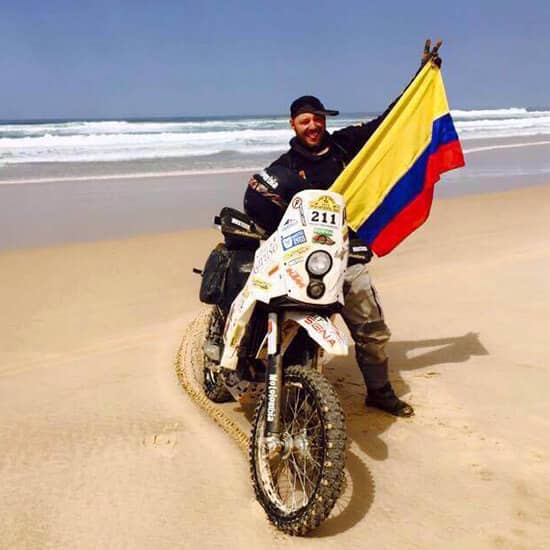 In January 2019 the goal was set on the Intercontinental Rally again with the objective of finishing in top 10. Mike trained 6 days a week for 5 month leading up to the race. Finally, race day arrived with start from Almeria in Spain and 14 days for racing ahead to reach Dakar in Senegal. Unfortunately, on stage 8 in Mauritania’s endless sand dunes, chasing a 4th overall position, Mike was forced to call for mechanical assistance with a burned out clutch that could not get fixed on the trail. The mechanical assistance meant departure from the race category, but Mike managed to get the bike fixed at night finished the race to Dakar though outside ranking. Upon his return to Colombia, Mike learned that he had suffered a fracture to his tibia and two fractures to his thumb in a crash on the first race day, but though painful the adrenaline of the race had kept the pain at bay the following 14 days. Mike is now fully recovered and planning the next adventure raid. 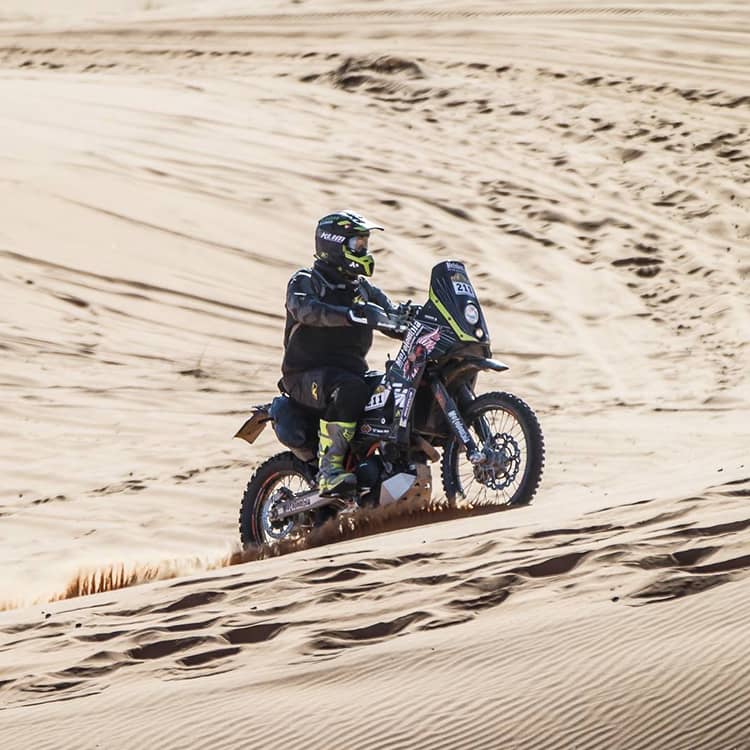 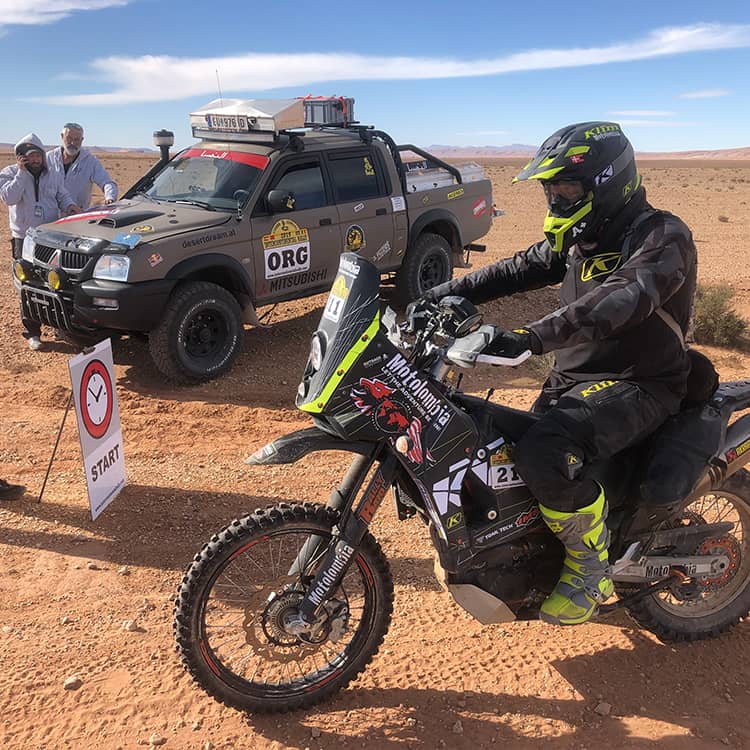 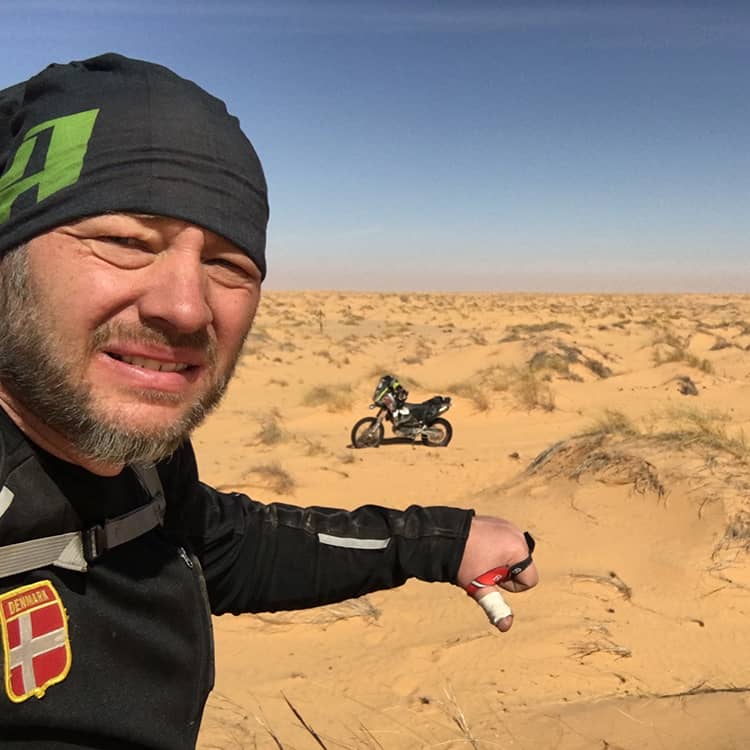