Six Reasons to Fall in Love with Medellin, Colombia

Hailed as one of Latin America’s most progressive cities, Medellin’s inspiring approach to planning and urban renewal projects have transformed this city of almost 2.5 million from a notorious hotbed of crime and constant danger to a safe, vibrant and fast-developing metropolis.

Medellin has become a favourite destination for many a traveller. Don’t be surprised to bump into tourists who’d planned to stay in Medellin for just a few days and ended up extending their stay for weeks.

Interestingly, Medellin isn’t a city overflowing with ‘attractions’ in the traditional sense. We see it more of a place to soak up and experience rather than race around from one ‘must-see’ sight to the next.

For many, this unconventionally tourist-friendly atmosphere is part of Medellin’s charm.

Here are the top six reasons we think you too will fall in love with Medellin! 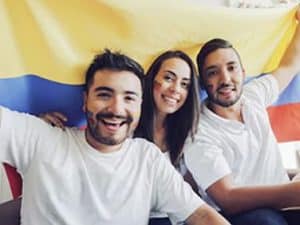 By far, it’s the people who make Medellin such a welcoming destination for outsiders. It’s impossible not to admire the ‘Paisas’ (people from Medellin and the surrounding Andean region) for their extraordinary resilience. Despite (and perhaps, partially because of) harbouring still-fresh memories of the horrific violence of the past decades, Medellin locals are among the most positive, energetic and warm-hearted folk you’re likely to meet in Colombia – and given just how ridiculously friendly Colombians are in general, that’s saying something. Take the time to get to know a Paisa, whether it’s through friends, a cultural exchange program like Couchsurfing, or even or a guide on one of your tours, and they are sure to have a story to share – one that’s frequently filled with sadness, but most of all with hope and inspiration. 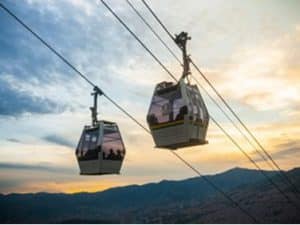 You may have seen photos of Medellin, a sprawling metropolis surrounded on all sides by mountains, with its dozens of distinct barrios crawling their way up impossibly steep hillsides – but seeing it in person is another thing altogether. It is a bizarre, beautiful and almost impossible city, built seemingly against the laws of nature and physics. Nestled in the fertile Aburrá Valley, Medellin’s surroundings are eternally lush and evergreen.The best way to check out Medellin’s visually striking cityscape? From above, riding one of the gondolas on the Medellin Metrocable, perhaps the world’s most spectacular urban transit system. Make sure to take the staggeringly steep Line L to the vast natural preserve of Arvi Park to appreciate the Andean landscape in all its glory. 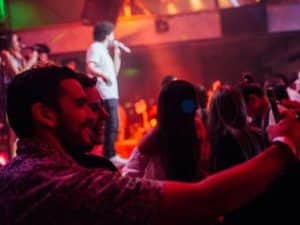 Colombians are party people, and Medellin is arguably Colombia’s nightlife capital. With a scene that grows more sophisticated and cosmopolitan by the second, Medellin after dark offers something for everyone.
You can dine on a different cuisine and party with a different flavour every night of the week in the El Poblado district. Poblado’s Parque Lleras, although undeniably tacky and almost exclusively catering to gringos these days, is still worth checking out for its unrelenting, party-hardy atmosphere alone. Poblado locals tend to relax in the quieter bars and upscale eateries around the barrios of Manila and La Florida.

This is Colombia, so naturally, going out for a night of dancing is a must! In Poblado head to Kukaramakara for full-on clubbing action and live music, or El Establon for more a more intimate salsa experience. The slightly more serious Son Havana in Laureles is considered Medellin’s premier salsa spot. For something completely different, check out Dulce Jesus Mio, apparently designed to resemble a traditional Colombian pueblo, only seemingly seen through an acid-tinted lens inhabited by warped visions of American pop culture 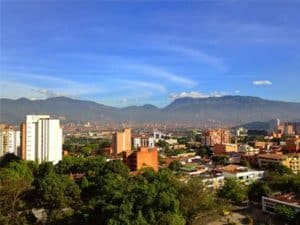 Known as the ‘city of eternal spring’, Medellin’s climate is almost always pleasant, with plenty of sunshine and temperatures in the mid ‘20s basically all year round. The temperature is so stable that Medellin almost never gets too hot, or too cold.  March through to May, as well as September through to November are Medellin’s official rainy seasons, and while this time of year brings cloudy periods and the occasional heavy downpour, it’s still usually warm and dry during the day, and rarely rains for hours on end. 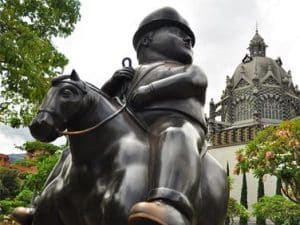 Art and culture thrive in Medellin. It’s home to arguably Colombia’s best museum, the Museo de Antioquia, dedicated not only to pre-colonial culture and religious art, but a huge exhibit of the country’s most famous sculptor, Fernando Botero. Botero’s instantly recognisable statues, known for their disproportionately chubby features, are also scattered all though the Plaza Botero in Medellin’s Centro.Public art has been essential to Medellin’s urban renewal, starting at the grassroots level with graffiti and murals in some of the city’s poorest neighbourhoods, such as Santo Domingo and San Javier (Comuna 13). Giving a voice and a united spirit to once feared and ignored communities, these public art projects allow local youths to tell their story, while bringing colour, life and creativity to the streets. 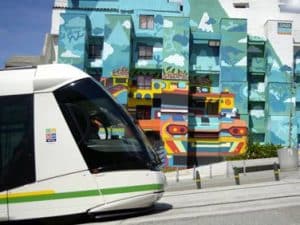 There’s no shortage of activities to enjoy in and around Medellin, from urban paragliding (!) to day trips the multi-coloured, Legoland-brought-to-life village of Guatape. But the biggest reason so many travellers fall in love with Medellin is harder to describe. Hanging out in Medellin just feels good. Medellin is a city with a tragic past and a promising future. It still has its prickly edges to be sure, but overall, Medellin is a place of positivity and hope. Whether you’re sitting in the Metrocable, gawping and the scenery while locals simply go about their business, or dancing the night away with newfound friends in a uniquely Paisa-style club, Medellin has a vibe like no other place on earth.

RIDER-IN-CHIEF - A Dane who has traveled overland in over 100 countries and finished the Intercontinental Rally from Spain to Dakar twice. An 8 month solo motorcycle trip brought him to Colombia. Mike was blown away by the country, its people and its many adventures. He found true love and is now married to Diana Puerto and the couple have three daughters. Full story: http://www.dakarracer.com